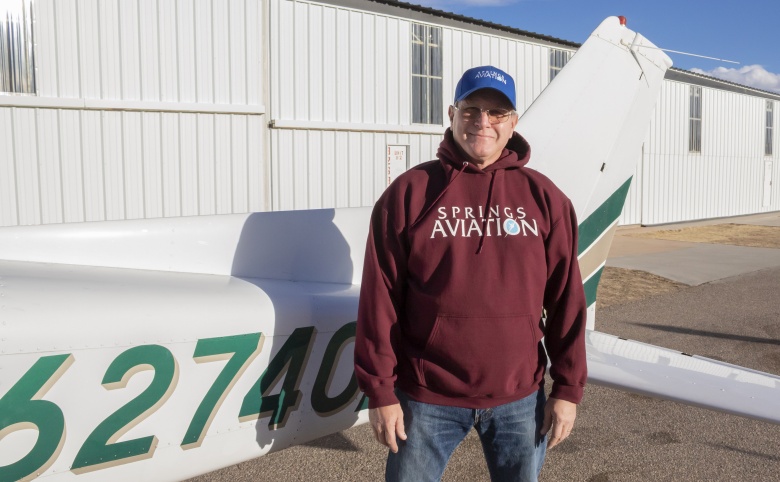 Dave retired from the Colorado Springs Fire Department in 2016 as a Lieutenant after serving 29 &1/2 years. He started flying in December of 2005. He achieved his Private Pilot certificate back when people still called it a license, then his Instrument rating, and a few years later earned his Commercial certificate. He still calls it a license. Dave became a Certified Flight Instructor in March of 2018 and achieved FAA Gold Seal Instructor June of 2019.

Dave has a small ranch in eastern El Paso county where he and his wife raise a few cattle. He enjoys fishing and hunting when he gets the opportunity. (Read: not often enough.)

Some of Dave's favorite moments are seeing his students achieve their goals in aviation. Oh, and he's a little bit of a weather nerd.