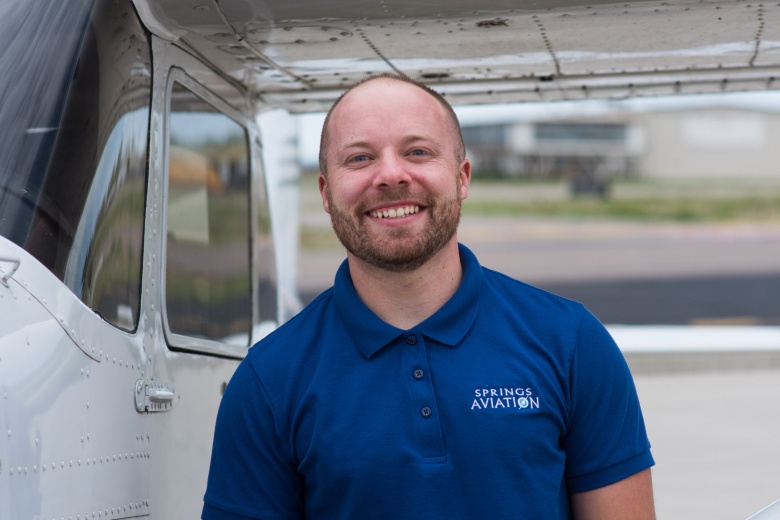 Chris began his aviation career at Springs Aviation in 2017 before attending ATP flight school in Denver to earn his CFI wings. He's now returned to Meadow Lake as an instructor and loves teaching new students how to fly.

In previous lives, Chris attended school in California and earned a BA there in Christian Ministries. He was once a youth pastor and was employed by the City of Colorado Springs as a Maintenance Worker.

He's a fan of the Denver Broncos and you probably shouldn't get in a plane with him unless you are too.

I enjoy sharing my passion of aviation with others and hope to spark the same love for flying in those I instruct.