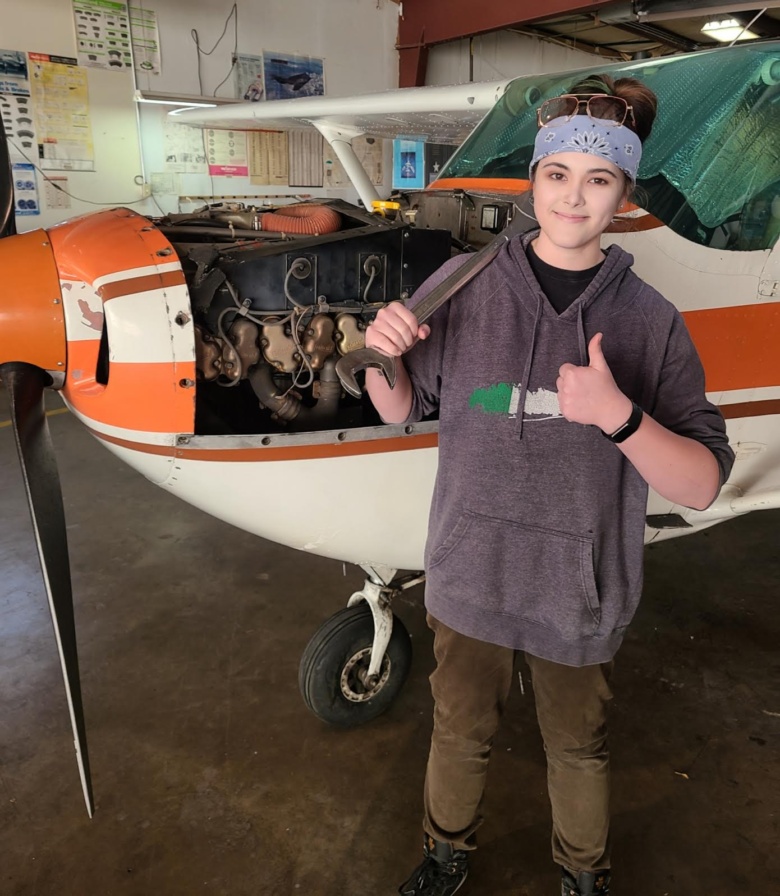 Amelia Nolan became a private pilot in late 2018 and began flying desks for Springs Aviation soon after. She can often be found hiding from the airport manager in the office's loft, taking too many photos of her car “for the ‘gram,” or following Steve and Mike around the maintenance bay in hopes of inheriting some of their talent for fixing airplanes.